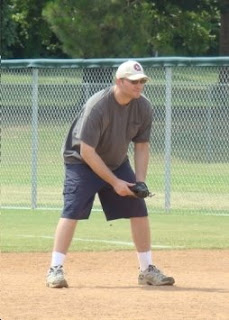 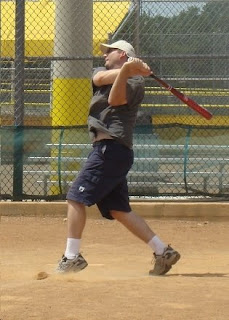 I took this picture while Jason was playing softball with some of the men in our church ward yesterday at Randol Mill Park here in Arlington. Of course, Samuel and I went to watch the game. There were also some other families watching, and I was able to chat with some of them. Samuel played with the ball with some other kids and had fun with them. Although, it was really hot, we enjoyed watching the game and had fun time at the park. Jason loves to play games like soft ball. He said that he would rather play sports than exercise. I think that he's just being lazy when he says that. So if you need an extra player for your games, do not hesitate to let me know and I will send him your way free of charge!